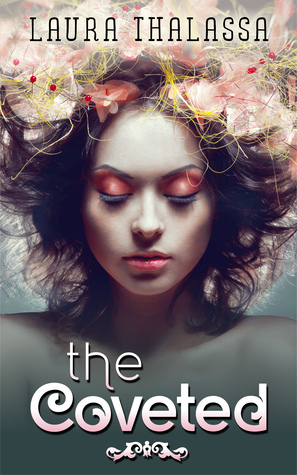 “In places that know more about heaven and hell than we do, you have a reputation, Gabrielle. To them you are known as the devil’s consort.”

When a body shows up near Peel Academy, all signs indicate the killer is a vampire. Ravaged throat, body drained of blood. At least that’s all it appears to be when the Politia, the supernatural police force, assigns Gabrielle to the case. Now it’s Gabrielle’s job to figure out who did it.

But after a second body turns up with the same lethal wounds, it’s clear that a serial killer is stalking the island. The murders have compromised the truce between the Politia and vampires, and as long as the killer roams free, it is in danger of dissolving. If that happens, no vampire is safe from persecution, not even Gabrielle.

Now Gabrielle must team up with Andre, her soulmate and the one person she’s tried to stay away from, to investigate the murders before the truce dissolves. And keeping her distance is proving to be impossible.

But Gabrielle has a bigger problem. The world of the dead know about her, and their whispers hint that something is coming for her. And it’s coming soon.

5 Amazing Stars
The Coveted picks up where the first book, The Unearthly ended…full of action and intrigue.  A vicious murder creates problems for the new vampire: Gabrielle. Because she being a vampire automatically makes her a suspect. *rolls eyes* Moving on… So, since being part of a supernatural task force, Gabrielle is assigned to investigate the murder, and she thinks if she can figure out who the culprit is, she can clear her name. Only more murders pile in and Gabrielle is suspended in order to keep peace in the community. She is also ordered to contact the head vampire in her coven…Andre. Okay, so I was jumping for joy here. I so wanted Gabrielle and Andre to find their way back to one another. I mean, they’re soul mates for crying out loud!
Gabrielle does end up caving and her first conversation with Andre—after being separated from him for so long—is just super sweet. So, with their relationship on the mend you’d think everything would be hunky—dory. No, that’d be way too easy. The devil is determined to make Gabrielle his. Add more murders, Leanne’s (best friend) really odd mood changes, Caleb still wanting something more than friendship with her, and Oliver’s (nether best friend) funny commentary on ‘Everything Gabrielle and Andre,’ and you’ve got one hell of a hard book to put down. In fact, I ended up reading The Coveted in one sitting…but now I want more. Of course 😉 Laura Thalassa’s follow up is just as, if not more thrilling to read than the first book.