TEMPTING THE BODYGUARD will be releasing on May 12, 2014.

He can protect her from everyone except himself.

Alana Gore is in danger. A take-no-prisoners publicist, her way with people has made her more than a few enemies over the years, but a creepy stalker is an entirely different matter. She needs a bodyguard, and the only man she can ask is not only ridiculously hot, but reputed to have taste for women that goes beyond adventurous.

Chandler Gamble has one rule: don’t protect anyone you want to screw. But with Alana, he’s caught between his job and his increasingly hard libido. On one hand, Alana needs his help. On the other, Chandler wants nothing more than to take the hot volcano of a woman in hand. To make her writhe in pleasure, until she’s at his complete mercy.

She needs protection. He needs satisfaction. And the moment the line is crossed, all hell will break loose…

# 1 NEW YORK TIMES and USA TODAY Bestselling author Jennifer Armentrout lives in Martinsburg, West Virginia. All the rumors you’ve heard about her state aren’t true. When she’s not hard at work writing. she spends her time reading, working out, watching really bad zombie movies, pretending to write, and hanging out with her husband and her Jack Russell, Loki.
Her dreams of becoming an author started in algebra class, where she spent most of her time writing short stories….which explains her dismal grades in math. Jennifer writes young adult paranormal, science fiction, fantasy, and contemporary romance. She is published with Spencer Hill Press, Entangled Teen and Brazen, Disney/Hyperion and Harlequin Teen.

She also writes adult and New Adult romance under the name J. Lynn. She is published by Entangled Brazen and HarperCollins.

You Can Find Jennifer @

The winner of my FB swag giveaway is: Lillian McCurry, congrats! Message me 😀

Teasers from Hope’s Deceit (the Fated, #2)

Hope’s Decree is up to 57 reviews on Amazon! I’m so freaking excited and want to thank everyone who took a leap on me and grabbed my book! Let’s keep those reviews coming in. Why? Well, when I reach 60 I’ll release a teaser from Hope’s Deceit! You guys are awesome ❤

I’m looking into doing a few book signings/readings this summer! Woohoo! I have some pretty great author friends in Colorado and in Illinois. What does this mean? Not only will y’all get to meet me, but you’ll get to meet my friends, too! I’m not sure what the exact dates will be, but when I have more info to give I’ll let y’all know. So, anyone wanna come see me?

Synopsis
Fall in love from the beginning!
10 Breathless
Romances for only .99 cents! Available for a Limited Time Only! Regular Price
$4.99.
Sexy, romantic, and
full of hot alpha males! This box set features the first books in 10 different
series by popular New York Times, USA Today, Amazon, and Barnes and Noble
bestselling authors. These enticing books will leave you excited, flushed, and
breathless for more. 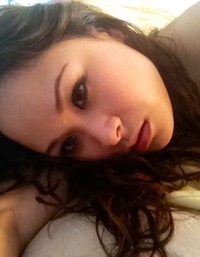 Jennifer Domenico –
Turn Towards the Sun

Hilary Storm –
In A Heartbeat 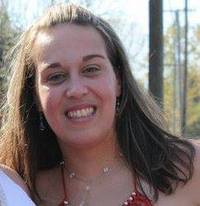 ** NEW RELEASE ** 10 authors come together to bring you an anthology of 10 full length stories full of romance, passion, love, angst, and hate… From sweet to spicy to downright sinful… all at the very special price of 99c!!!!

Anthology includes:
✦ Love in All the Wrong Places by Audrey Harte
✦ Away by B.A. Wolfe
✦ Searching for Tomorrow by Kathryn McNeill Crane
✦ Where I Need to Be by Kimberly Knight
✦ Destructive Silence by LU Ann
✦ Every Rose by Lynetta Halat
✦ So Much It Hurts by Melanie Dawn
✦ Rose of Thorne by Mia Michelle
✦ Climax by Sexxa Kohl
✦ Dear Emily by Trudy Stiles

Title: Finding Her Way Back
Author: Heather Van Fleet
Genre: New Adult
Reveal Host: Lady Amber’s Tours
Blurb:
Meet Callie, a chubby-sexy nineteen year old girl who fears high heels, commitments, and has a love/hate relationship with her running shoes.
Nine months of college down the drain and all she has to show for it is her freshman thirty. But alas, life has other crap plans for her–one that includes a strict regiment of do this do that for her she-devil sister, all while trying to avoid the unavoidable.
The unavoidable being Ky: the ex best friend, turned sex god who lives across the street from her house. Meet Ky; a nineteen year old country music singer, minus the lyrics, and a boy turned man who still wears a proverbial skateboard around his neck from wasted high school days.
But then Callie returns home, and that’s when he realizes that she’s exactly the muse he’s been missing all along. Now, if only she can stop running long enough to find out that he too is all she’ll ever need again.

Heather Van Fleet currently resides in northern Illinois, with her three little ladies, and fabulous hubby, and high school sweetheart, Chris. She’s a stay at home mom by day, and an avid and completely obsessive writer and reader by night.
She’s always had a soft spot in her heart for books, and has been creating her own little stories since the age of seven. But she never really had the confidence or the time to actually sit down and really do something about it until her youngest daughter Isabella was born just two years ago. Bella, as well as her older sisters Kelsey and Emma, are and always will be her greatest inspirations.
Links:

Callie’s excerpt:
I stiffened, taking in his words, trying to wrap my head around them. I’d had sex before—a ton of times, with Brad. But as I stared down at Ky, I began to realize something. For six months, I’d lived in a world of missionary positions. This on top shit? Yeah, I had no idea how it worked.
Ky’s one liner:
“I’m going to touch you now, Calla Lily. And then tomorrow I’ll hold your hand.”
*EXCLUSIVE EXCERPT*
(unedited)
“Okay. It’s settled. One date.” Lifting his palm, he pressed a hand against my cheek, holding it there. My skin tingled on contact, burning me in a way. “But I think we need to try something out beforehand, just to make sure that we know what we’re getting ourselves into.”

“Um, what?” I stiffened, panicking at the possibilities of what he was saying. Sweat formed along the back of my
neck, but I couldn’t move to wipe it away.

Without warning, he pressed his mouth against mine, taking my heart, body, and entire soul by complete surprise. Ky captured me in all the ways a woman wanted to be captured by a man.

And oh, what a damn delicious capture it was.

I’d always wondered what it’d be like to kiss this boy. And it wasn’t because I saw him in that sort of light growing up either, just simple curiosity, nothing more. But whatever preconceived notions I had about awkwardness and painful teeth clashing went out the window the moment his tongue pressed against my lips.

Holy hell. Now this was a kiss.

His fingers, strong and sure, tangled in my hair, releasing my ponytail with the flick of his thumb. Damn, he was good. My hair fell over my shoulders, shadowing my cheeks, as well as his. I scooted forward, pressing my hands onto the bareness of his neck, tracing the lines of his muscled skin on his shoulders like I’d wanted to do since I first got him in the room with me. I moaned, embarrassingly loud because yeah, this was beyond any kiss I’d ever experienced in the past. Slow, agonizing, and perfect. Ky made the act of kissing as sensual as having sex in a steamy shower. Not that I’d ever actually experienced hot, steamy shower sex or anything. But um, yeah, it was definitely on my bucket list.

Check out Karia’s review of The Will by Kristen Ashley! It is pretty amazing ❤

Talk Books to Me

Early in her life, Josephine Malone learned the hard way that there was only one person she could love and trust: her grandmother, Lydia Malone. Out of necessity, unconsciously and very successfully, Josephine donned a disguise to keep all others at bay. She led a globetrotting lifestyle on the fringes of the fashion and music elite, but she kept herself distant.

While Josephine was trotting the globe, retired boxer Jake Spear was living in the same small town as Lydia. There was nothing disguised about Jake. Including the fact he made a habit of making very bad decisions about who to give his love.