Hey! I really suck at keeping everyone informed about, well, everything. So very sorry! Let’s catch up. Addiction (Distraction, #2) is set to release December 9, 2014. That also happens to be my youngest daughters birthday, so it’s a bit special for me. Gosh, they freaking grow up so fast! Geesh O_O

Anyway, Addiction picks up where Distraction ends. I’ve spoken with many of you about the way the first book ended. I know you wanted more and I’m hoping Addiction will satisfy what you felt was missing. Lots of stuff happens in this book! I’m currently editing the end now, making sure the story is as awesome as possible.

I’ve been asked how many books will be in the series, and the answer is 4. Originally Tristan and Elle had three books with a novella featuring Alyssa. However, Addiction threw a wrench in my plans.  I’ve added a surprise with Addiction and I can’t wait to share it with you! Here’s the list of books in order.

Hope’s Deceit! I’m really, really, REALLY sorry! I know I’ve put Blain, Trinity and the rest of the gang on hold for way too long. I wanted to get Addiction finished so I could spend all my energy on these characters. HD2 is a bit more than half way written, so my new goal is to have it finished by THANKSGIVING! Which isn’t too far way (now I’m hungry). As for the number of books in The Fated series, I don’t know. I’ve planned for three the entire time, but you never know what may happen between book two and book three. Here’s a list of books, in order.

NOW! I have an author event coming up at the first of the year, in Austin, TX. There are a TON of really great authors attending. I’d absolutely love to see you all there! You can also purchase VIP tickets to come hangout after hours for cocktails and drinks. Yeah, I’m super excited about that!

The wonderful Claudia Whitsitt invited me to join this fun blog tour: My Writing Process. I’m super excited to give you a tour inside my head, but first let’s learn a bit about Claudia. Writing from crazy personal experience, Claudia’s written a string of fabulous mystery romance novels: The Samantha Series: IDENTITY ISSUES, INTIMACY ISSUES, and INTERNAL ISSUES. Word is, another novel, THE WRONG GUY is to hit shelves soon! Exciting stuff going on, so be sure to check out her blog: http://www.claudiawhitsitt.com.

What am I working on?

Not going crazy? Just kidding, well, kind of… Seriously though, I’ve a new series slated to come out this summer. DISTRACTION is a New Adult Contemporary Romance. I’m super excited to get Distraction out to readers! Unfortunately, this meant Hope’s Deceit (The Fated, #2)  has been on the back burner, but the story is coming along nicely. I’m hoping to finish HD2 early this summer! *Encouraging messages are always welcome 😉 *

How does my work differ from others of its genre?

Hope’s Decree is Young Adult, Paranormal Romance dealing with Greek mythology. Sounds like every other YA PNR out there, right? Or perhaps not… I really wanted something fresh and chose Pandora’s Box. Not too many stories expand on this particular myth. Hope’s Decree is an extension of Pandora’s Box; HD more or less tells what happened after Pandora released a ton of bad juju on mortals. Mix in high school drama, smexy Watcher(s) and bad-ass Rogues, a destiny to fulfill, falling in love and you’ve got one hell of a story.  DISTRACTION is about going after what you want. Taking your own path instead of the one chosen for you. I LOVE Distraction, like so hard. Born and raised in TEXAS, football is a big deal and so Distraction was born. HD took 3 years to finish and Distraction took 2 years. Woohoo, I’m getting faster, eh. O_O *head —> desk*

Why do I write what I do?

I write romance and will always write the gushy stuff, because I’m a hopeless romantic. My poor husband, nah, he’s pretty good. Aside from writing romance, I love writing angst, push-pull types of relationships. Why? Because life is about the up’s and down, and coming out better for your struggles in the end. Not everything in life works out the way you plan. You fall, pick yourself back up, and start over. I’m a big supporter in women finding who they are on their own, falling in love but not losing the person they are due to a relationship. Instead, both people work together as equal parts of a whole. <~ I told you, gushy stuff.

How does your writing process work?

I have to work with music and I’m a bit superstitious. Like, if I have an idea about what’ll happen next and a song from that particular WIP’s playlist comes on the radio, I then run with my idea. I’m weird like that. I can write just about anywhere. I have three kiddos (not including husband) so I’m used to noise and chaos they provide. I have a few different beverages while I work: coffee, water and sometimes a glass of wine for the emotional scenes. I’m a fly by the pants type of chick. Ideas flow and I write, but I can’t jump to the end. I have to write in order which really sucks sometimes.

Coming up next week:

Fellow Untold Press author and friend, Lynn Vroman is super sweet and everyone should be sure to follow (okay, stalk) her. With a degree in English Literature, Lynn used college as an excuse to read for four years straight. She writes fantasy, dabbling in literary, both novels and short stories. She and her husband are also busy raising the four most incredible human beings on the planet. Her debut novel, TAINTED (Energy, #1), releases winter of 2015 with Untold Press.  Twitter ~ Facebook ~ Website

Evan Grace is a Midwesterner and self-proclaimed nerd, Evan has been an avid reader most of her life, but five years ago got bit by the writing bug, and it quickly became her addiction, passion and therapy. Evan’s Starting Over Series: STARTING OVER,  and SECOND CHANCES heats up every page with sexy characters and crazy good dialogue.  Website ~ Facebook ~ Twitter 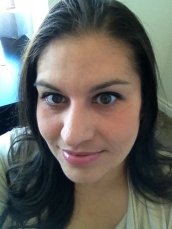 Gabbie Duran is a Southern California native who lives with her wonderful husband, two amazing kids and a senior citizen kitty. When she’s not writing you can find her reading or sneaking off for a run. Some might say it’s a crazy life, but she wouldn’t change anything about it. Gabbie and I are recent pals who just happen to live in the same crazy town! Super fun and fabulous, Gabbie writes nothing but awesomeness in: WITH ME, and from her Unspoken Series: UNSPOKEN MEMORIES, and UNSPOKEN PROMISES. Website ~ Facebook ~ Twitter

The winner of my FB swag giveaway is: Lillian McCurry, congrats! Message me 😀

Teasers from Hope’s Deceit (the Fated, #2)

Hope’s Decree is up to 57 reviews on Amazon! I’m so freaking excited and want to thank everyone who took a leap on me and grabbed my book! Let’s keep those reviews coming in. Why? Well, when I reach 60 I’ll release a teaser from Hope’s Deceit! You guys are awesome ❤

I’m looking into doing a few book signings/readings this summer! Woohoo! I have some pretty great author friends in Colorado and in Illinois. What does this mean? Not only will y’all get to meet me, but you’ll get to meet my friends, too! I’m not sure what the exact dates will be, but when I have more info to give I’ll let y’all know. So, anyone wanna come see me?

Okay this is the scene, but you have to listen to Stand By Me by Ki Theory while reading this! Like OMG! It’s perfect! Definitely sets the mood!

Blain and Trinity along with Morpheus and a few fellow Watchers are out numbered. Rogues have filed in, surrounding them. The wind has stilled, ready for the battle to begin…

Trinity puts up a good fight, but one mistake lands her on the ground. Breathing is painful. Ribs must be broken…

Blain works his way through the chaos to help her.

They’ve come so close to losing each other before. Will he be able to save her again?

I took off from my day job so I could write. So, here are a couple of teasers for ya to enjoy and some music to set the mood. Monster by Eminem ft. Rihanna  *insert evil smirk here*

…something more devious lurked under the surface, waiting to break free. What frightened me most is I didn’t think I could take it away from him.

…embedded into the marrow of his soul. Was this a glimpse of my horrid nightmare coming true after all? No, I refused to believe so.

Lets chat a little about HD2… Hope’s Deceit (The Fated, #2) and what to expect. Trinity, Blain, Morpheus and the rest of the gang are all back! In HD2 you’ll meet more Watchers, Rogues, and all those lingering questions are finally answered. Blain and Trinity steam it up in Hope’s Deceit. I love the way Blain cares for Trinity (he’s super sweet). Even though Morpheus is technically a ‘good’ guy now, he keeps us laughing (and drooling) while being his usual smart-mouthed, carefree self. Crystal definitely gives him a run for his money and Keri, as usual, keeps the peace between them all. Melia dodges one attack after until…. That’s it for today, but I’ll leave you with a few of my favorite teasers! Enjoy 🙂

Oh. My. God. Waking up every morning to Blain and his hot, scorching kisses would make getting up so much easier. His hand slid down my side and found the edge of my shirt, along with a bundle of feelings I didn’t think I should be exploring. My heart raced and my skin heated, but I didn’t want stop. I mean, we almost lost each other. The thought of never being able to look into his endless, ocean blue eyes, see the lone dimple in his left cheek, or get lost in his touch, made me ache inside…

He turned back to me, face grim. “When you were taken I felt your fear, your pain. Morpheus and I rushed out, but the connection snapped and I had no idea where to search.” He placed the palm of his hand over his heart. “For the second time in my life I felt…nothing. I cannot live without you. You are what makes my heart beat, what fuels me to keep going. To be a better guardian.” His image blurred until he stood directly in front of me. Using the tip of his finger he lifted my chin. His deep, emotion filled blue eyes pierced my soul. “I want to be everything you need, protector, guardian and more.” He lowered his voice to a whisper. “And I can’t be that if you aren’t here on this earth. So when you ask if something is wrong, off, it is, because we haven’t been given the chance to be together. And I want to be with you, forever…

~I want to give a special thanks to fellow author and awesome friend, Heather Van Fleet for helping me create this photo quote thing, or whatever you call it. THANKS ❤ ~ 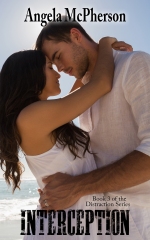 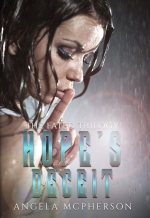 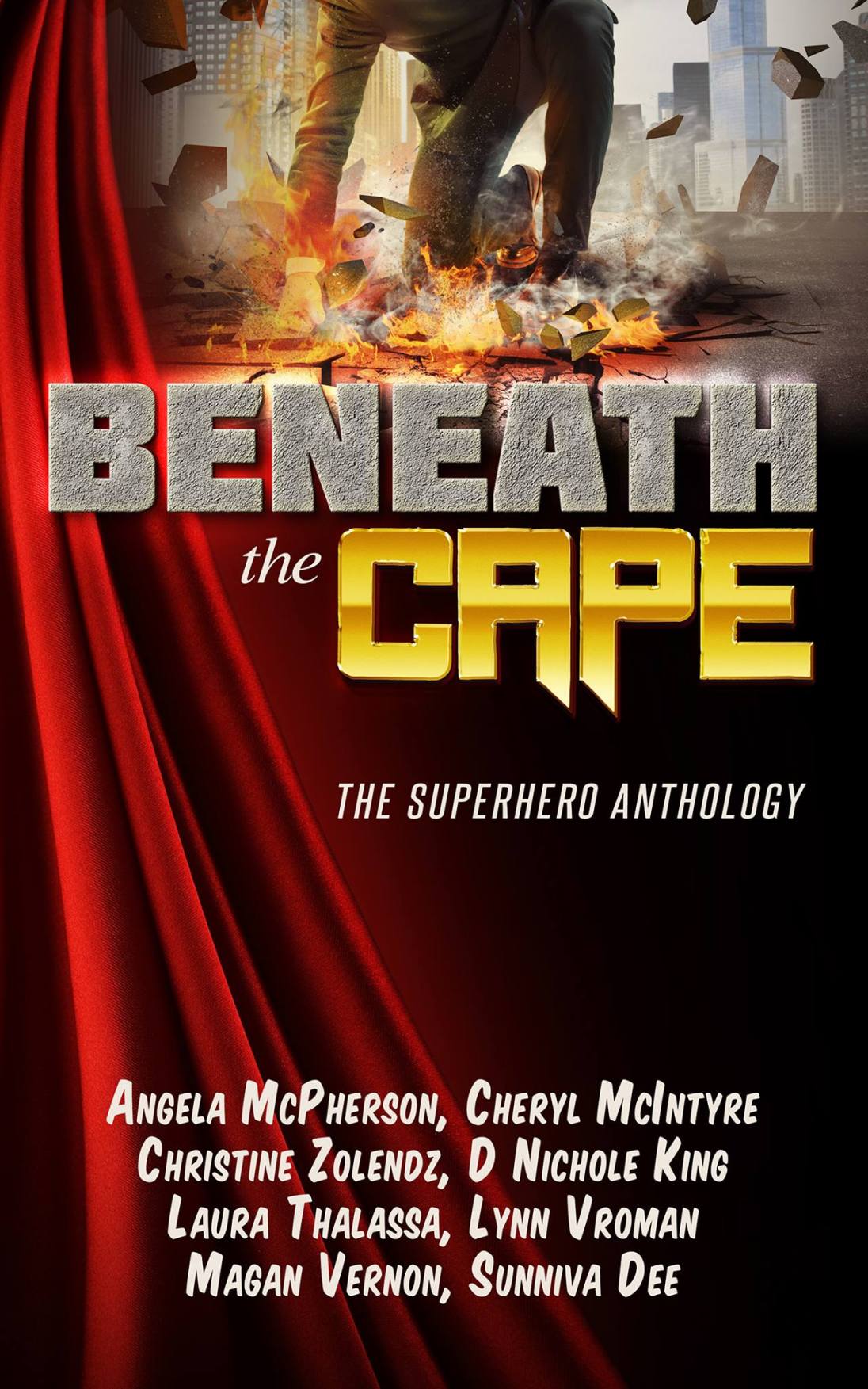